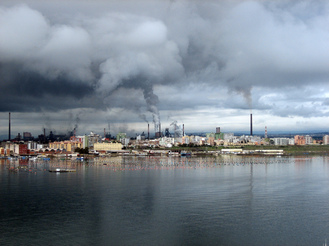 Taranto, Italy (Photo: mafe de baggis)
Research by the World Health Organisation estimates that, across the planet, 7 million deaths are attributable to air pollution every year. In 2015 the WHO declared that air pollution  is now a global “public health emergency”. According to Maria Neira, head of public health at the WHO,  “Air pollution leads to chronic diseases which require hospital space. Before, we knew that pollution was responsible for diseases like pneumonia and asthma. Now we know that it leads to bloodstream, heart and cardiovascular diseases, too – even dementia". Worldwide, more people are now dying because of air pollution than malaria and HIV combined.

In a survey of 1,600 cities across 91 nations, Delhi is exposed as the city with the dirtiest air by the WHO. Allowing for differences in the way air pollution can be measured, it seems fair to say that Beijing and Delhi are now joint world leaders when it comes to air pollution.

On a global scale, Asian cities are more likely to be choking the lungs of  their citizens when compared to their European counterparts. The south and east are the most polluted reg﻿ions in Asia.

Research by a team of scientists, led by Li Weijun, professor of environmental science at Shandong University, shows that air pollution in China and Hong Kong can be 10 to 20 times more toxic than in the United States. Across China, Li's team found high levels of tiny particles of metals such as zinc and chromium. Airborne trace metals are highly toxic and can cause cancers, premature ageing and damage to human DNA.

Meanwhile, a report in 2014 from the Organisation for Economic Cooperation and Development says that air pollution costs its member nations $1.7 trillion a year in healthcare and premature deaths. In China, the cost of toxic air is $1.4 trillion. Whilst India does it more cheaply at $0.5 trillion (source: OECD).

The map below shows that India and China appear to be suffering the most with large areas of these meganations having over 3,000 premature deaths per area of 100km x 100km. Since the map shows deaths per unit area, we can appreciate that where there are more people at risk, the numbers of deaths are greater. 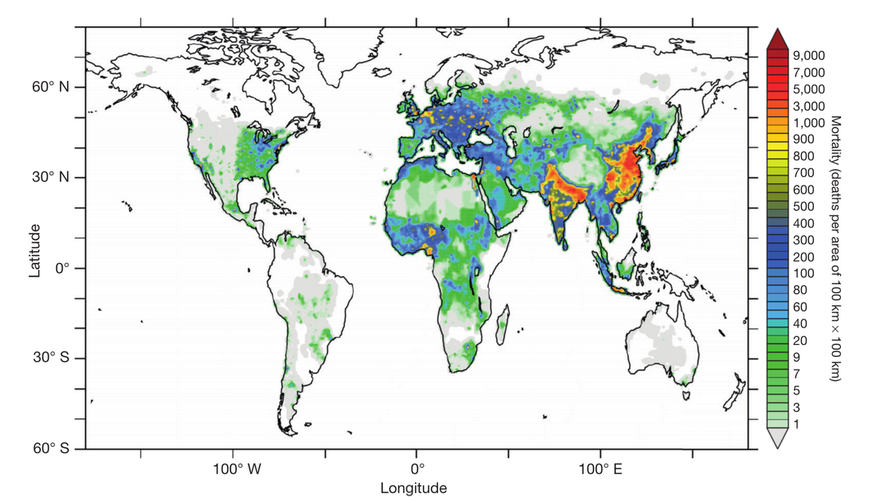 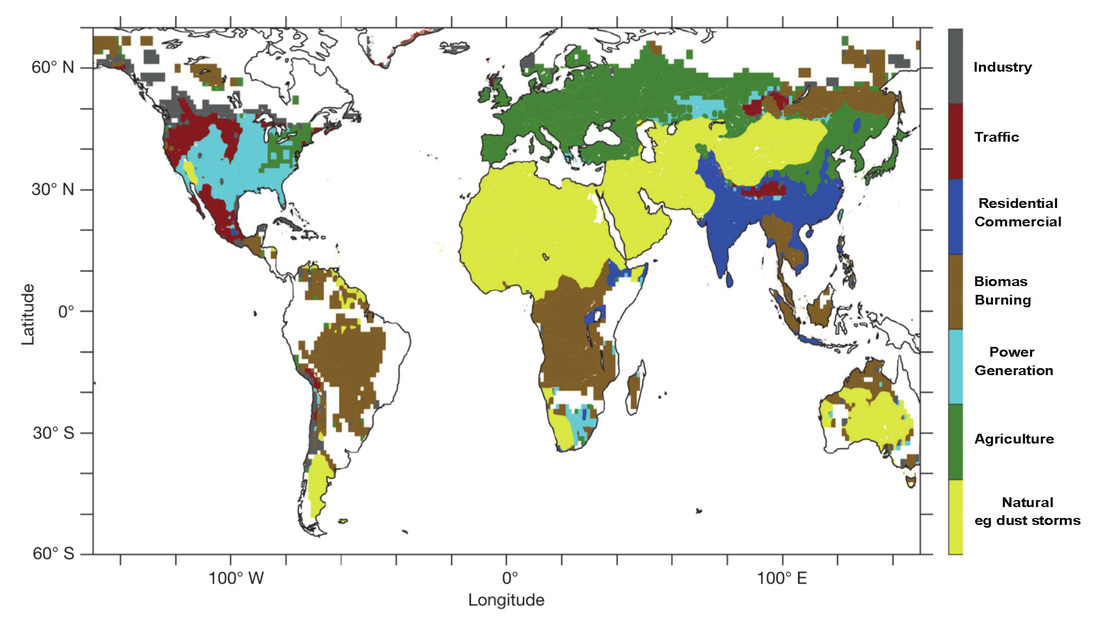 Source Categories responsible for the largest impact on mortality linked to air pollution in 2010. Source: Nature, Vol 525, September, 2015.
According to Professor Jos Lelieveld, at the Max Planck Institute for Chemistry in Germany, agricultural emissions are a major problem. Worldwide, a fifth of all air pollution deaths are due to farm emissions, which come mainly from livestock and from the over-use of fertiliser. Ammonia from farms reacts with fumes from traffic and industry to produce tiny particles. Agriculture is the largest cause of air pollution deaths in the eastern US, Japan and in Europe. In some European megacities, such as London, agriculture is the main source of air pollution. 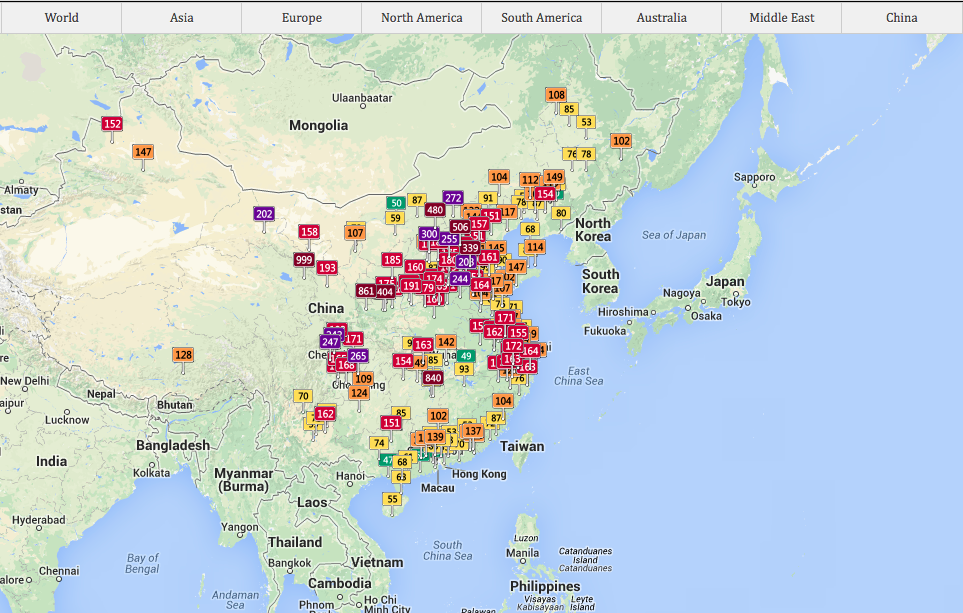 Source: Real-time Air Quality Index Visual Map
If you are concerned about levels of air pollution where you live, you can click on the map above to get real-time air pollution data. This enables geographers to make comparisons between places and shows the effectiveness of using maps as a spatial tool to analyse scientific data. You can access air pollution data here and if you have a GIS platform, such as ARCGIS,  you can use the data to create your own custom maps to suit the needs of your investigation.
Photo by Malcolm Lightbody on Unsplash